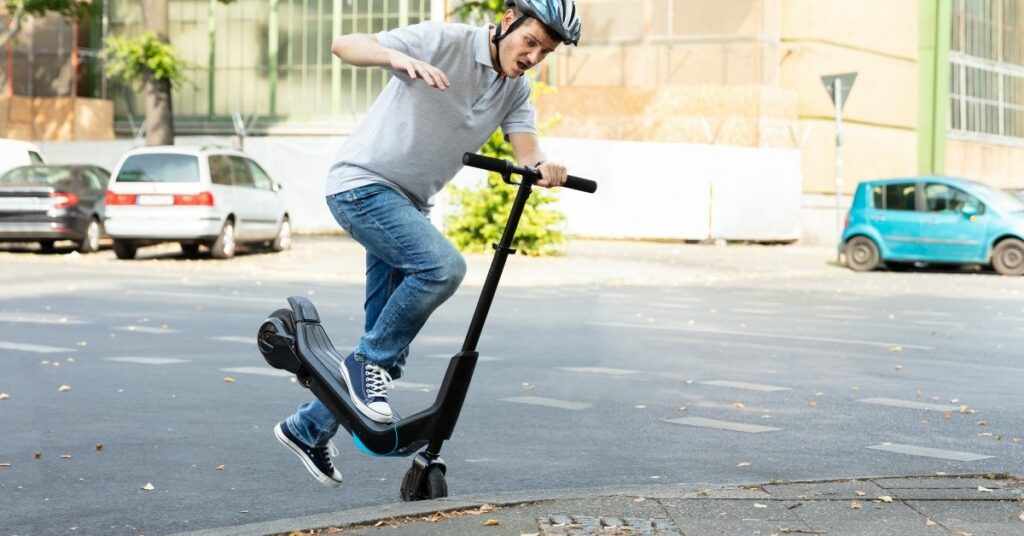 Electric scooters seem to have taken cities in California by storm since they descended upon San Francisco ostensibly overnight in the spring of 2018. During the past three years, big and small cities across the state have embraced these motorized micromobility contraptions earnestly, even surpassing the popularity enjoyed by the ride-hailing apps in their heyday.

Initially, there were mixed reactions to the scooters, ranging from bewilderment to infatuation to even exasperation. Some residents found them to be a cheap and fun way of getting around. It infuriated some to see these little gizmos eating up precious space on the sidewalks and streets.

But it soon became very clear that there was a lot of pent-up demand for a cheap and quick means to get around. Soon, an entire industry grew out of this need, with personally owned, rented, and shared electric scooters, in California and other states across the US.

Micromobility companies like Bird hit 10 million rides in its first year in Santa Monica, while Lime had people using e-scooters, electric bikes, pedal-assist bikes, and car-sharing, to take 34 million trips in the company’s first twelve months of operations before the Wuhan virus had its impact. Others such as Uber, Lyft, and Spin were quick to move into this space. And soon, the humble electric scooter that had gotten used to being marketed mostly as a toy for so many years, was replacing the shorter car trips.

If the scooters are about to roll into your city or are already doing so, here is your chance to find out everything about them. Below are some answers to how they work, whether they are safe, and if they have the potential to revolutionize first-mile and last-mile connectivity in a city’s transit system.

California’s laws permit motorists to operate their electric scooters at a speed of 15 mph or less. Scooter sharing companies like Bird and Lime build scooters that cannot operate beyond 15mph, even though riding downhill or at full throttle can sometimes make the machines go faster. The law further permits users to operate their scooters only on Class II pathways marked for bikes.

California state law as per CVC §22411 provides for a traffic stop and ticket, costing up to $250 for electric scooters operating at speeds above 15 mph.  Surprisingly, there are niche companies like Kaabo, Apollo, and others, intent on developing fast electric scooters, but most users are content with safe and fun rides at 15 to 20 mph.

Are Electric Scooters Street-Legal in California?

California state laws define an electric scooter as a vehicle having:

While electric scooters are street-legal, they do not need license plates and you do not need to register with the DMV.

Under California Vehicle Code (CVC) 21229, E-scooter users must ride on bicycle paths or in bike lanes wherever they are available. This traffic law particularly mentions the Class II bicycle lane, which is marked with solid white lines on both sides and is typically on the right side of a street. The bicycle lane allows one-way riding with the two white borders on either periphery generally containing a bicycle symbol between them.

There are a few exceptions allowed by the law for electric scooters riding in a Class II bike lane:

In addition, CVC 21228 is a provision that enforces the following conditions on electric scooters turning left:

Are Electric Scooters Allowed on Sidewalks?

Although it may seem like the safer option for the scooter rider, the answer, as per the law, is a vehement no. Mostly, it is about the complications that can arise in bringing liability in the case of an accident that could result in pedestrian injuries.

CVC 21235, apart from making it mandatory for electric scooter riders to wear helmets, also forbids them from:

It is dangerous for the scooters on the roadways with motorists whizzing by at high speeds. Based on this, it’s safe to say that the best and the safest option for an electric scooter is the bike lane. Bike lanes can facilitate faster traffic and do not have pedestrians.

The brisk changes brought about in our public spaces due to the fast-changing micromobility options are forcing animated conversations about the entitlement to use streets, curbs, and sidewalks and whose responsibility it is to pay for their maintenance.

Injuries related to electric scooter accidents have seen a steady rise. Having said that, these could be attributed mostly to the exponential rise in numbers of scooters than any fault with the scooters themselves. The National Association of City Transportation Officials figures show that there were 86 million electric scooter trips logged in 2019 which was when the economy was firing on all cylinders.

Of the electric scooter riders involved in an accident and receiving emergency treatment, only 2 percent reported using a helmet, while 66 percent of the bicyclists said they had worn one. This basically does not make sense – if you ride an electric scooter, you should wear a helmet.

Of the interviewed riders, forty percent reported being injured on their first ride. Let us find out some of the more immediate threats to electric scooter riders’ safety.

Some of the more prominent reasons for accidents involving electric scooters are:

While speeds of up to 15 mph may not seem much, but it is usually the rapid deceleration required when confronted with an unmoving object, such as a wall or a street sign, that causes a crash. We need to remember that the riders are totally exposed as these scooters do not come equipped with airbags or crumple zones.

Having proliferated very recently, there is also a rider’s learning curve involved. New, inexperienced riders are often taken by surprise with the surprisingly fast acceleration. It takes skill and effort to slow down the momentum generated by the electric motors. So, the big safety issues right now are inexperience and unfamiliar riding etiquette.

Many accidents are because of the failure to wear a helmet. Rented scooters are big contributors to this problem, as the riders who personally own their scooters are more likely to wear the necessary safety gear and practice safe riding.

Do Electric Scooters Have to Be Registered?

California law defines and treats scooters, mopeds, and motorized bikes differently. In California, operators and riders do not need a DMV registration for electric scooters and motorized bicycles.

California law stipulates that it is essential for riders to have a driver’s license, and they must attain the age of 16 before they can ride an electric scooter. The minimum age requirement imposed by rental companies in LA is 18 years.

Can Electric Scooters Get Wet?

There are two important things to keep in mind while operating an electric scooter in wet weather conditions. First, you need to be careful about the water affecting your scooter’s electric components. Secondly, you need to be aware that handling the scooter can be more difficult in adverse rainy conditions. Lower traction on wet road surfaces can make it harder to stop or maneuver the scooter.

There is a frenzied demand for micromobility solutions like electric scooters across the country at present, even in states where it is yet to be fully legalized. The key innovation and driving force behind this surge of demand is the business model of companies like Bird, Lime, Spin, and others, where you can find the scooter, unlock, begin the ride, and end it; all on the app.

In the present scenario of developing landscape in this new business, there is an issue with enforcement of laws. But state governments are slowly getting in on the act by promulgating new laws and trying to create a stable and safe environment for this last-mile connectivity link in intra-city commuting.